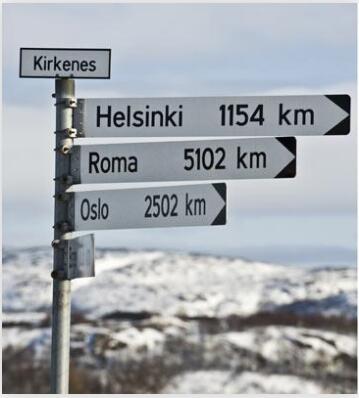 EU or Swiss citizens need a valid identity card or passport to enter the country. There are no customs controls at the borders with Sweden and Norway.

Most international planes land at Helsinki-Vantaa Airport (19 km north of the city). Bus 615 shuttles between Helsinki Central Station and the airport every 10 to 50 minutes from 6 a.m. to 1 a.m. (last departure from the airport), depending on the time of day. A trip takes about half an hour. The Finnair buses, which run to the train station about every 20 minutes, are a little faster. Since 2015 there has also been a train connection from the city center to the airport (duration approx. 28 minutes). Here is a list of the nearest buses and trains that depart from Helsinki Airport. 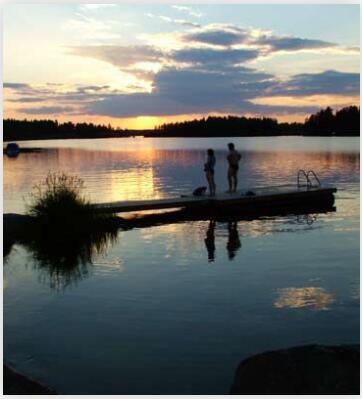 They are very competent, generally well supplied with information and maps, and can be found everywhere. In addition to information about the corresponding region, there is usually information about the rest of the country. In areas with larger cities, employees often speak several languages. Smaller offices are sometimes closed on Sundays or all weekend. Every city and every tourist destination also has its own website. The point of contact in Helsinki is: Helsinki City Tourist & Convention Bureau Pohjoisesplanadi 19 Tel.: 09 310 13 300 E-mail: tourist.info [at] hel.fi Website: www.visithelsinki.fi
Opening times: mid-May – mid-September: Mon – Sat 9 am–6pm, Sun 9 am–4pm, mid-September – mid May: Mon – Fri 9 am–6pm, Sat / Sun 10 am–4pm on the Finnish National Tourist Board website: www.visitfinland.com.

The currency of Finland is the euro, divided into 100 cents. The 1 and 2 cent pieces are not in circulation. Credit cards are widely used, especially Visa and MasterCard. In some cases you have to show your ID, this also applies to cashing travelers checks. Since cash, as in the rest of Scandinavian countries, is on the decline, we recommend having a credit card with you.

In summer you should think of sunglasses, sunscreen and a swimsuit. You need good shoes for hikes in the national parks, as well as rain protection and a warm sweater. Mosquito repellant is essential, but you can buy one on the spot. If you travel in winter, you need to pack really cold-proof clothing that you can protect against temperatures of -30 to z. Protect T. –40 ° C. The organizers of outdoor activities often provide the necessary materials.

There are hardly any health risks in Finland. Protect yourself from the annoying mosquitoes and the sun in summer and the arctic cold in winter. Health care in Finland is very good; EU citizens and Swiss citizens are entitled to practically free emergency care (low cost sharing, as applies to locals). You must show your (EU) insurance card for this. If you need prescription drugs, it is best to take them with you; the sale of drugs is very strict. 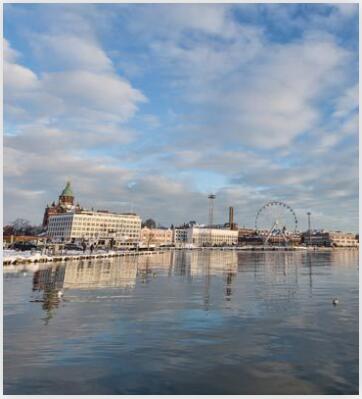 The weather in Finland is quite unstable – both prolonged sunny and rainy periods occur. The transition seasons are short, but winter is very long: its duration in the south is 3 or 4 months (November or December to March), in Lapland it is even 7 months (October to April). At that time, the north of the country was covered by a thick blanket of snow, while the south can remain very snowy today. The rivers and the Gulf of Bothnia are frozen. In the north, the polar night (kaamos) and bitter cold prevail from late November to mid-January, and at the same time the phenomenon of the polar or northern lights appears. In Helsinki, however, there is at least 6 hours of daylight even in December. From mid-May, the day-night relationship is reversed:

You can get stamps in post offices, in shops that sell postcards, in stationery and at R kiosks. Note that only local postage stamps are valid on the Åland Islands. The Finnish mobile network is well developed. There are hardly any public telephone booths anymore. For an international connection you have to dial the code of the telecommunications company you have chosen (00, 990, 994 or 999), followed by the country code: (00) 49 for Germany, (00) 43 for Austria, (00) 41 for Switzerland ; then the telephone number follows (without the zero of the area code). The country code for Finland is (00) 358. In the city center of many cities it is possible to connect to the Internet wirelessly – provided, of course, you have your laptop or tablet / smartphone with you. This is also possible on some trams and buses operated by Helsinki City Transport. Look out for the WiFi sticker on the door or window.

Various channels of the Finnish television company broadcast foreign films with subtitles. The hotels generally have satellite dishes so that you can receive English and German channels. Foreign magazines and newspapers are available in the cities at the R kiosks, at airports and at train stations.

Helsinki is connected to all cities by a dense network of Finnair domestic airlines; The Blue1 also flies to more rural areas on the Gulf of Bothnia. The rail network (4000 km long) is particularly well developed in the south of the country, with the best rail connections between the cities of Helsinki and Turku. The InterRail One Country Pass is available for 3, 4, 6 or 8 days and is valid for one month. Several times a day there is also a train connection to St. Petersburg.

Public bus transport works well, the timetables are usually coordinated with other means of transport. Buses take you to even the most isolated corners. Ferry connections are particularly important in the south of the country: ferries run very frequently in the Turku archipelago, to the Åland Islands, to Sweden (from Helsinki, Turku and the cities on the Gulf of Bothnia), but also to Estonia, Germany and to Poland (from Helsinki).

In the capital, it is worth getting the Helsinki Card, with which you can use the entire public network of local buses, metro and trams and also receive a city tour, free entry to over 60 museums and attractions, and other discounts. It is valid for 1, 2 or 3 days and is available in tourist offices, R kiosks or in hotels. In Turku there is a corresponding Turku Card (for 1 or 2 days), in summer in Tampere there is also a Tampere Card (also 1 or 2 days).

Shops do not have uniformly regulated opening times; they normally open between 7 am and 9 am during the week and close between 8 pm and 9 pm, on Saturdays from 9 am to 3 pm (some also until 6 pm) and many shops also on Sundays from 12 pm to 6 pm. In December, large shopping centers and many other stores are open until 9 p.m. on Sundays.
Banks: Monday to Friday 9.30am or 10am – 4.15pm.
Post offices: Monday to Friday 9 am–6pm. Helsinki’s main post office (Postitalo) Monday to Friday 7am to 9pm, Saturday and Sunday 10am to 6pm.
Museums are usually closed on Mondays, some also on Tuesdays or Sundays. During the main season (mid-June to mid-August), many museums also stay open for lunch.

Short for FI by abbreviationfinder, Finland is considered to be one of the safest countries in Europe or even the world. Although the Finns leave all their belongings in the parked car on their travels, you should not necessarily do this.

The official languages ​​are Finnish and Swedish, and around 92% of the population speak Finnish. Many Finns speak English (especially in the south). Finnish, which is rich in vowels, is not one of the Indo-European languages ​​(like Swedish, Norwegian or German), but belongs to the Finno-Ugric group, to which Hungarian is also assigned (although the Finns do not understand Hungarians, or vice versa). A distinction is made between West and East Finnish as the main dialects. The Sami language is the Sami language in Lapland.

The mains voltage is 220 volts / 50 Hz. The sockets are European standardized and for plugs with two round pins (you don’t need an adapter).

In the restaurant you can round up the bill, but the service charge is included here as everywhere. Porters are usually given a tip.

According to countryaah, Finland is in the Eastern European time zone, which is one hour ahead of Central European Time (CET +1 hour); in summer CEST + 1 hour.