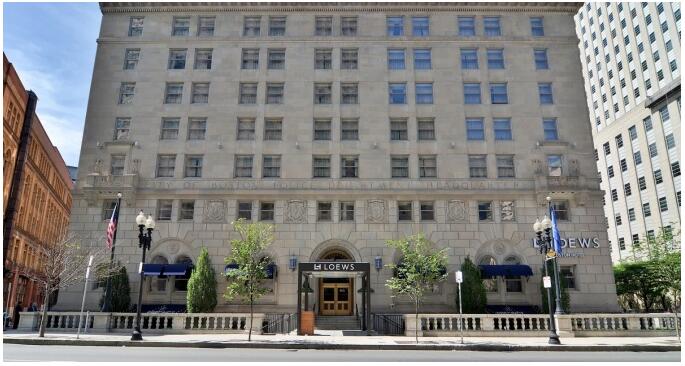 The metropolis is proving to be a true shopping paradise. Highly recommended are the trendy and elegant shops on Newbury Street , the hidden gems in the shops on Harvard Square and the CambridgeSide Galleria , located right on the water, with its large selection of boutiques and branches of well-known department stores.

The Prudential Center and Copley Place are among the most famous and beautiful shopping centers in Boston, both of which are located in the heart of Copley Square and where visitors will find exceptional shops and excellent dining options in an exclusive and tasteful atmosphere.

You should also stop by the legendary Faneuil Hall Marketplace , an old market hall that houses over 100 shops, including both individual boutiques and big brand names. In the wonderful restaurants of the marketplace, you can dine and recharge your batteries and then go on a shopping spree with your credit card.

The numerous designer outlets in the Boston area can also be reached quickly. The Wrentham Village of the city is south with 170 stores in New England’s largest outlet mall, where there is the best designer labels and famous brands to spectacularly low prices. Bargain hunter’s paradise is just 35 minutes from downtown, and many of the major Boston hotels offer specialty shopping trips with direct transport.

On the doorstep of Boston in Somerville is the Outlets at Assembly Row shopping center with around 35 stores and several restaurants. The center is only three subway stops from downtown Boston and 3 miles from Boston City Center. In addition to top brands, you will find regional delicacies as well as art and music performances and the whole thing integrated into a nice, green park. The LEGOLAND® Discovery Center for the little ones and a cinema can also be found in the complex.

Every year in April the starting signal for the longest running marathon in the world. More than 30,000 amateur and professional runners will then again cover the 42 km long, partly hilly route from Hopkinton to Boston. Those who prefer not to run at New England’s most popular sporting event but rather to cheer can do so along the route with 500,000 other spectators.

If you want to fortify yourself in Boston, you can do so at the Time Out Market in the Fenway district. The culinary hotspot combines the best food in Boston under one roof and consists of 15 restaurants, two bars, a show kitchen and a shop. You can try everything from delicacies from Asia and the region around the eastern Mediterranean to Franco-American and Italian creations to sweet sins from the patisserie.

Convenience in the Boston Innovation District

The rooms of The Envoy Hotel were designed with great attention to detail: with traditionally manufactured design objects, reclaimed wood and floor-to-ceiling windows that reveal a view of the harbor and the city. Other features include a special work area with six interactive computer touchscreens and a 370 square meter bar on the panoramic roof terrace. In addition to cocktails, there are also local beer specialties, including a variety brewed especially for the hotel. In the Outlook Kitchen restaurant, the chef serves modern, seasonal cuisine.

The former Boston Police Headquarters in the historic Back Bay district is one of the city’s landmarks. Built in 1925 in the midst of Prohibition and moved into in 1926, the limestone building, which is based on the Italian Renaissance style, served as the headquarters of the Boston Police Department until 1997. In 1978 the main entrance of the seven-story house had a brief Hollywood appearance in the thriller “The Brink’s Job” starring Peter Falk, which brought the Boston heist of the century at the Brinks security company to the screen.

Under the motto “Room to be free”, hotel guests of the Loews Boston Hotel have been spending the night in the venerable police quarters from the Prohibition era since 2004 – and in contrast to the time it was built, voluntarily and extremely comfortably. The hotel now has 222 rooms, two luxury suites and a spacious presidential suite.

Boston Harbor laid the foundation for the city’s growth. It went down in history as the venue for the Boston Tea Party in 1773. The 45-minute guided port tour, part of the Go Boston Card , takes you to a number of sites from the American Revolutionary War, including the Old North Church, the Bunker Hill Monument in Charlestown, and replicas of the Boston Tea Party ships. The highlight of the trip is a visit to the world’s oldest seaworthy warship, the USS Constitution. It was launched in 1797.